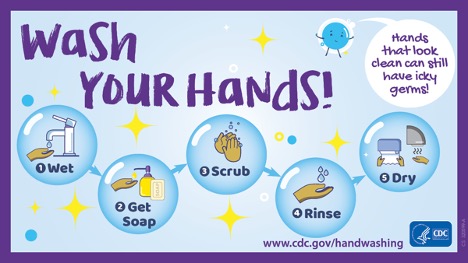 It’s the 21st century and we are still talking about hand hygiene? Why is that? Get ready to cringe.

People lie about washing their hands

Carl Borchgrevink, director of the School of Hospitality at Michigan State University in East Lansing, takes this kind of survey data with a pinch of salt.

“If you’re at a restroom at an airport, for example, and when you come out someone [asks] you ‘Did you wash your hands?’ And what are you going to say? Yes, of course,” said Borchgrevink.

To dig deeper into what people really do after using the bathroom, Borchgrevink tasked 12 research assistants at Michigan State University with the job of surreptitiously hanging out in four different restrooms on and off campus to record what 3,749 men and women actually did. The results of the 2013 study were shocking to the researchers.

A bigger study published in 2009 that used more high-tech methods at a busy highway rest stop in the UK was equally, if not more, damning.

With the use of wireless devices to record how many people entered the restroom and used the pumps of the soap dispensers, researchers were able to collect data on almost 200,000 restroom trips over a three-month period.

They found that only 31% of men and 65% of women washed their hands with soap.

It’s a big gap – clearly twice as many women as men were washing their hands,” said Susan Michie, health psychology professor and director of the Centre for Behaviour Change at the Department of Clinical, Educational and Health Psychology at University College London.

“Another interesting result was that the more people were in the toilet area the more they were likely to wash their hands,” said Michie, who was an author of the study. “If there were no people around, people tended to zap out with no one noticing.”

There’s little to suggest that men in the UK and US are unusual in their handwashing (or lack thereof).

A review publish on the subject in 2016 looked at research from dozens of different countries, and found that women were 50% more likely than men to practice, or increase, protective behavior like proper hand-washing, mask-wearing, and surface cleaning in the context of an epidemic, like flu.

Michie said it was likely socially programmed behavior, not genetic.

Similarly, Borchgrevink said that while his study didn’t look at why men didn’t wash their hands as much as women, he suggested that it could be down to a sense that men were too macho to fear germs.

“We did talk to some of (the men) and ask, ‘why didn’t wash your hands?’” Borchgrevink said. “And they would look at us indignantly and say, ‘I’m clean, I don’t need to wash my hands.’ They had a sense of invincibility.”

Motivating men to wash their hands

While the findings weren’t conclusive, the study suggested that men and women responded to different types of messaging around handwashing. Messages that triggered disgust (“Soap it off or eat it later”) resonated with men, while women were more motivated to wash by messages that activated knowledge, such as “Water doesn’t kill germs, soap does.”

“It’s an excellent idea to target men. It could be really helpful. If women knew men weren’t doing it, they’d get on to them.”

One thing Borchgrevink said really resonated with us.

Borchgrevink, who worked as a chef and restaurant manager before becoming a researcher, said the findings have implications for both consumers and those who operate restaurants and hotels. “Imagine you’re a business owner and people come to your establishment and get foodborne illness through the fecal-oral route – because people didn’t wash their hands – and then your reputation is on the line,” he said. “You could lose your business.”

We’re in the industry of transforming health and improving quality of life. Ensuring proper hand hygiene is at the heart of making sure we meet our objective. We have over 100 members utilizing our gym on any given day and it’s essential that our community focuses on proper hand hygiene to reduce the risk of germs through our equipment.

So what are we going to do to about the epidemic of dirty hands!?

For one, we’re going to educate our members and if you’re reading this, perhaps we are making a difference.

Second, we bought some fancy new signs for our bathrooms as a subtle reminder.

Third, we’re all about holding our staff and members accountable. If you’re not washing your hands, you’re going to get a polite reminder…and please…don’t even think about touching our equipment until the job is done. 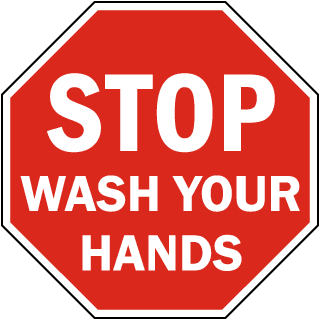 Brush up on the basics of hand hygiene

How are germs spread?

Germs can spread from other people or surfaces when you:

Many individuals believe that using hand sanitizer eliminates the need to wash your hands. WRONG! Sanitizers can quickly reduce the number of germs on hands in many situations. However,